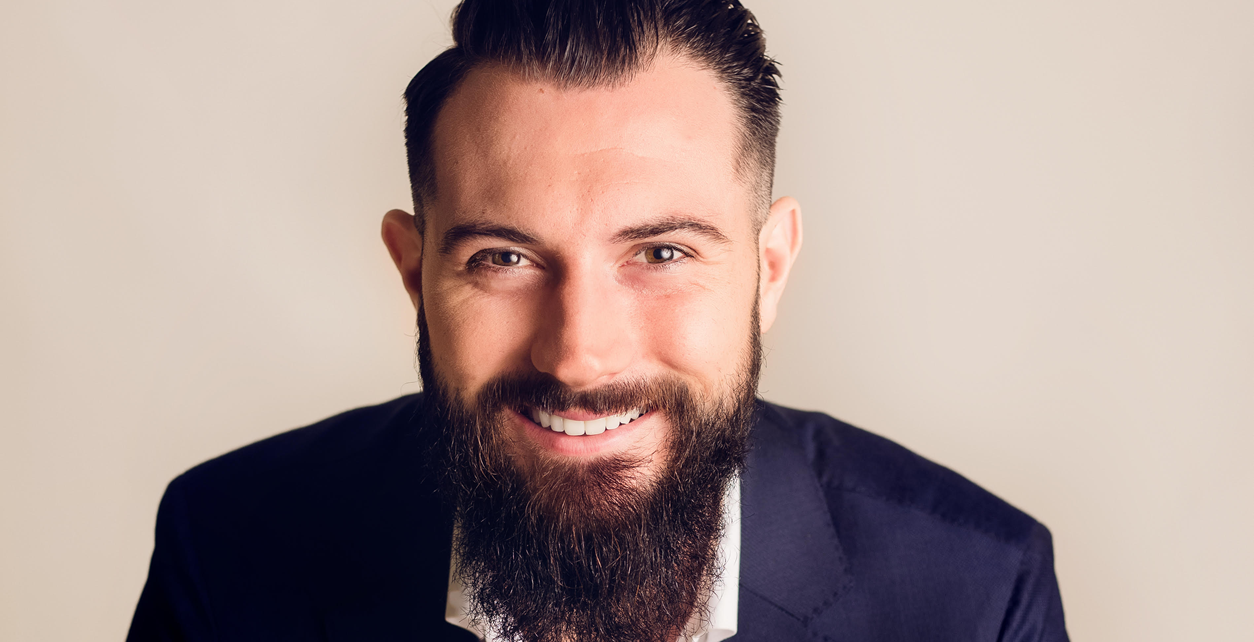 The day after a snow day, Tyler McLay’s math teacher asked the class how they had spent their time off. Many spent the time playing video games, but not McLay. He knocked on doors and shovelled snow. His teacher wasn’t surprised that his student didn’t sit around. McLay was a go-getter then, and he’s a go-getter now, his hard work already showing results – at 25, he officially surpassed $1 million in net worth.

But the now-26-year-old real estate agent with Royal LePage Your Community in Toronto says he’s not bragging – he wants other young people to know that real estate is a great way to build wealth and get you where you want to go, whether you’re a client or a real estate agent.

He bought his first property when he was 18, with money he made cutting grass and shovelling snow. “I saved, saved, saved,” he says, even banking the $20 his grandfather would give him on birthdays.

He says he educates his clients about the financial aspects of real estate and strategies to help them get into the market. He puts his business and real estate experience to work to change the negative narrative about affordability in his Greater Toronto Area market. Many people think they can never own a house, but he teaches them how to tackle the challenge, maybe buying a smaller condo, renting it out and living at home if that’s an option. Or sacrificing now and living in a smaller space or different location in order to get into the market, then moving up later. “Your first home doesn’t have to be your forever home.”

He stresses the importance of being responsible and smart with money. Educating his clients is key to his business strategy.

Some clients are doctors and lawyers and know what they do, but don’t know real estate, he says. They call him because they know he speaks from experience as a young buyer, an investor and successful real estate agent. In 2020 he made Royal LePage’s Top 35 Under 35 in Canada list and won the Red Diamond Award for the national top two per cent of the company’s over 18,000 agents.

The third-generation Realtor has been immersed in real estate since he was about nine, watching his mother Brenda Roulston, who has been in real estate for almost 40 years, doing offers. He says that gave him a big advantage. He learned how the market works and bought his first property, a preconstruction condo, when he was 18, using his own money.

McLay got his real estate licence when he was in his third year of university. He has a Master of Real Estate from the Schulich School of Business and a Bachelor in Finance from the University of Guelph. He originally wanted to work at a bank but was drawn to real estate’s face-to-face selling and educational elements.

His strategy, for himself and his clients, is to look at the big picture, taking a big step back and examining such things as immigration, interest rates and employment rates, and finding pockets that offer opportunities.

“It didn’t make sense. It seemed like a missed opportunity,” he says. That seemed especially true when he did his research. The Hamilton area has waterfront development, job growth and proximity to Toronto. He bought a detached home there.

“I want people to know that the millionaire mark is attainable,” says McLay.

His forays into real estate give his clients confidence. For example, he says, “They are confident in the building and area if they see that I am deploying my own money. They want to do the same thing. They see I’m doing something right.”

He credits his parents with giving him a good start. “I was living at home. I didn’t have any mouths to feed. They didn’t charge me rent. Not everyone has the luxury of having a roof over their head and food on the table. I just had to put gas in the lawn mower. It was a huge head start.”

He started working with his mother, who he says has been a mentor and phenomenal resource. Even as a child, he learned real estate lessons. He’d be at soccer practice and his mother would get a call and have to see a client. “I would have to leave. I’ve known it’s not easy, there’s a lot of risk and deals don’t always happen, even after showing 20 properties.”

Woodbridge-born McLay has always had an entrepreneurial spirit. He heard about mentorship and grants in Vaughan and signed up when he was in school. He was in Grade 10 when he started Green Bear Lawn Care (he likes the name because it rhymes, just like his current tagline: Buy with Ty).

While in high school, he also took 65 adults through martial arts drills. He is now a third-degree black belt in karate. “They were older and important people yet I was the expert.” It taught him to be comfortable working with all age groups.

When he started out, he wore a suit every day, figuring his look is his brand. He also wanted to look the part and he grew a beard to make him look older. Now he says he has confidence because of the value he offers. “Experience is not an age thing; it has to do with production. Age doesn’t come up at all. I’ve built enough of a name.”

Much of his business at first was from referrals, family and friends, as well as those who call him about a property and then want to work with him. But now calls are also coming from print advertising and social media. Business is growing so much that he’s starting a team, with one member on board and another in the works.

In the future, he plans to continue to educate his clients about real estate and would like to teach adults and kids about money matters. And the recently engaged McLay has a wedding to plan.

Real estate is the world’s largest and most important asset class, he says on his website, “and has created millionaires and billionaires around the globe, and matching people with property remains my sincere passion.”

McLay is confident about the future. Keeping an eye on immigration and monetary policies, interest rates and mortgage policies, he says, “There’s no reason the market would crash. Our market is rock solid. It will be 2023 before rates go up.”  He says after 9/11 and SARS, there were real estate booms. “Real estate will fuel recovery.”